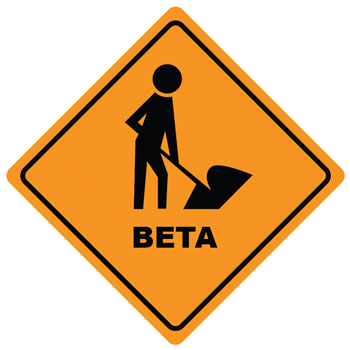 Any firmware or software contained on this page is considered pre-release. It has been tested to ensure any new functionality or bug fix has been implemented correctly, but has not yet completed a full testing cycle and sign off – there may still be other bugs in this version!

We encourage all users of RACELOGIC equipment to use the released versions of firmware and software. However, if you are experiencing problems with the current version, there might be a fix available in a beta release. A list of changes present will be detailed under each beta item.

All feedback would be appreciated.

Do not use beta version when performing critical tests, unless a problem with a release version prevents you from completing the required tests satisfactorily.

When updating software or upgrading firmware, it is the customers responsibility to make any shared users of the equipment aware that it is running a 'beta' version – e.g. by fixing a temporary label to the unit.

RACELOGIC Find out more about us