It proved its worth for K-PAX Racing during the Pirelli World Challenge, where it was used in their McLaren GT4 cars. VBOX Pit Lane Timer is being described positively in the race commentary and attributed to their near perfect pit lane time of 60.22 s. Unfortunately the announcers call it 'Logitech'!

Here's the replay of the 2017 Pirelli World Challenge SprintX Round 9 from Circuit of the Americas. Pay attention to the commentary at 6.12 and 36.50 seconds into the video. 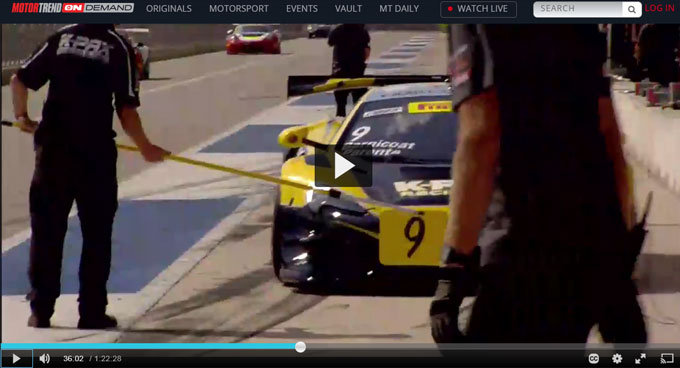 "It's huge to loose 67 seconds to your competition [in the pit lanes]. A lot of teams are using different ways of doing it now. I was talking to the K-PAX Team, they now have a Logitech system [VBOX Pit Lane Timer, not Logitech] that really tells them when to release from the pit box. It gives a green and red light as you're traversing down the pit lane towards pit out, where the driver needs to speed up a little bit to cover a bit of time or slow down, most importantly, as you don't wanna dip under that 60 second range."

RACELOGIC Find out more about us